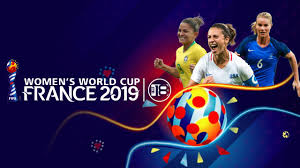 In 32 days, the final of the FIFA World Cup Women’s World Cup 2019 will open for the first time in France. More than 500 female players of 24 teams representing 5 continents in the world will be together on the field in 9 major cities of the country once home to the men’s soccer cup 1998. Expected to be around 10 million spectators watched 52 matches from June 7 to July 7 of the 8th World Women’s Soccer Cup.

If the first men’s World Cup was held in Uruguay in 1930, then there were only 13 teams to attend, then it would have to wait until 1991, the final round of the world tournament for new women established. It is the first women’s World Cup held in China and the American girls are the winners.

The American female player, Michelle Ankers, was the first person to win the Golden Boot title, giving the most scoring player the World Cup. She scored 10 goals in a total of 491 minutes, equivalent to 6 matches. Her teammate Carin Jennings also won the Best Player award.

Since 1991, women’s football audiances and fans around the world have gone through 7 World Cups. Similar to the tournament for men, the Women’s World Cup takes place every 4 years. 2019 World Cup takes place in France from June 7. The cup has been constantly growing strongly so far, the finals are held with 24 participating teams, ie twice the number of the first World Cup.

Starting from the 2015 World Cup, recognizing that women’s football has become popular and the level of female players has improved markedly, FIFA has decided to expand the tournament size from 16 teams to 24 teams in final round.