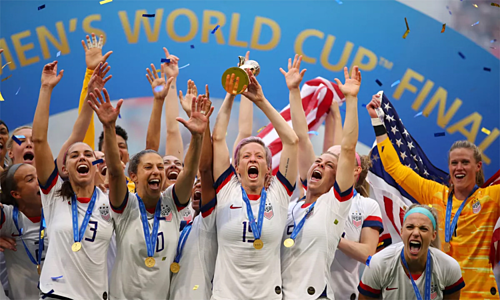 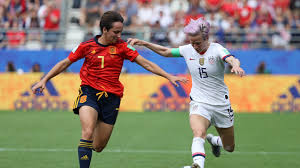 The two French and American women’s soccer teams met on the evening of June 28, 2019, at the Parc des Princes, Paris, to win a ticket to the semifinals of the Women’s World Cup 2019. Regarding the correlation of forces, It is impossible for the French to defeat the American team of Megan Rapinoe and Alex Morgan, even though the French team in January inflicted the one and only defeat on American in their last 20 matches.

The overall performance table of the French and American teams clearly shows the difference between the two sides. France has never entered a grand prize, whether it is the World Cup, the World Championship, or the European Cup. Meanwhile, the US team has won the World Cup three times in 1991, 1999 and 2015, and is looking for a fourth Cup. As the top ranking country of FIFA International Football Federation, the United States has also won the Olympics four times, in 1996, 2004, 2008, 2012.

However, in this 2019 World Cup, the talent of the two teams seems to be equal. The US team, despite having spectacularly won the Thai team 13-0, was struggling more in the eighth round, had to kick a penalty to win the Spanish team 2-1.

The French team had a perfect start to the match against the Korean team, winning 3-0, but then in the eighth round, they had to struggle to eliminate the Brazilian team 2-1 with the final goal by Amandine Henry’s in extra time.

France hopes in the match against the USA, home advantage and the enthusiastic cheers of the audience will motivate their female players.

The winner of the match will enter the semifinals to meet the English team, having won the Norwegian team 3-0 on the evening of June 27, 2019, on the ground of the port city of Le Havre, western France.

Germany, who also won Nigeria 3-0, will face the UK on the semi-finals.