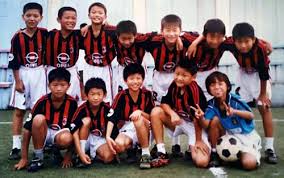 The timetable is terrible. We were awakened at 7 o’clock, had breakfast at 7:30 and started school at 8:00. After lunch and lunch break, we practiced until dinner. From 19:30 to 21:00, I only study. For six months, I repeated the schedule like that. Six months may not sound like a long time, but for me it’s a period.

I just want to play ball with a smile on my face. But that is not simple. Somehow, there are people who want to immerse me, saying that I can’t afford and smash my desire. Even the coaches do that. “That girl is unwise. She has no sense of position. She doesn’t even care about the ball,” they often say. They said I had no soccer talent, which made me almost believe that it was true.

Those words are not common in China. Parents and teachers often expect too much from children, but they never treat them like that. I think they only have an aversion to me. Even the two most important coaches thought I was like that, even though our relationship is now better. There was a teacher who discovered my gift when I was playing with the boys. But he always said that I didn’t know how to use my mind when playing football.

The other one is the teacher who coaches my second level team. He was the most demanding. When I was 13, I played a pretty good game and hoped to be praised when I left the field. But, he repeatedly criticized, making me unjust. That night, I could only cry because of hurt. A teammate spotted my mood and told the teacher. He seemed anxious and looked for me shortly afterwards and said: “It’s really nice to play that game.”

I always have to think about negative comments, and doubt myself. But they just want me to continue to strive and prove my ability.